The el Barrio Latin Jazz Festival at The Richard Rodgers Amphitheater in Marcus Garvey Park is a high- quality, live music experience, featuring world renowned and emerging Jazz musicians. Harlem is the birthplace of Latin Jazz. “El Barrio”, or “the neighborhood” as East Harlem is colloquially known, was home to many of the Latin Jazz pioneers. In honor of their legacies and the musical heritage of Harlem, we are proud to preserve and promote Latin Jazz in the very neighborhood where it began.

The Festival in Marcus Garvey Park attracts more than 1,800 audience members.
There is no entrance fee to the Latin Jazz Festival, as it takes place in a public park and utilizes the Amphitheater, an important cultural asset of the community.

The el Barrio Latin Jazz Festival is a cultural and economic vehicle with tremendous potential to positively impact the Harlem community. As the Festival grows in size and reach, it continues to bring larger audiences into the community, creating greater exposure for the Arts and local business. 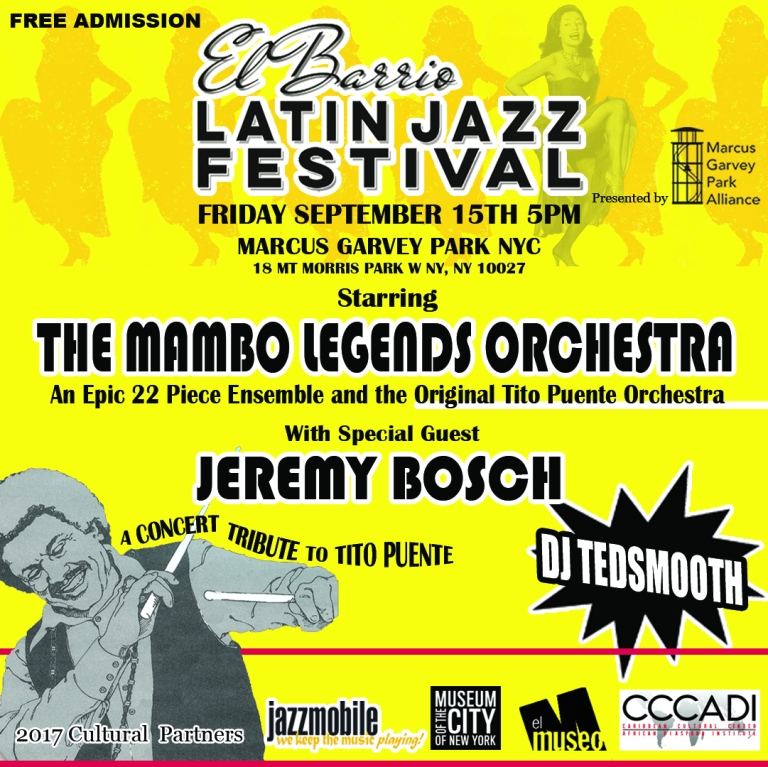